Leo Burnett came to us for help with launching Cadillac's new luxury touring sedan, the STS, in the Chicago and Miami markets. The market blitzes consisted of one local market manager, two assistant coordinators, and approximately two dozen local staff in each city. Twenty to thirty vehicles (STS, Escalades, and Escalades EXTs) were provided by local dealerships for the execution. The blitz consisted of a variety of marketing events, strategic retail vehicle placements, vehicle loans/chauffeur escorts for high-profile individuals, and rush-hour caravan drive-bys (several vehicles driving one after the other in a pack to attract consumer attention).

The Market Manager was responsible for overseeing the success of the program, meeting with local contacts, organizing vehicle displays/drop-offs, and reporting back to the client. When the inevitable scratch or fender-bender happened, it was the task of the manager to file the incident report and coordinate the repair with the dealership.

Market Coordinators took their direction from the Manager, scheduling staff shifts, meeting staff to distribute & collect vehicle keys, and conducting daily event checks and/or taking recap photos. Successful staff scheduling by the coordinators was critical, with multiple events happening on a daily basis, a staff no-show or an event that ended late could have a negative cascading effect on the remaining events.

The faces of the program, these promotional staff had to not only fit the brand image Cadillac wanted to portray, but also possess the safe-driving skills and clean driving record that were required. The promotional tasks were numerous, from driving vehicles for several hours around consumer hot spots to manning a vehicle display and fielding consumer questions for the entire day. Because of the large number of events and relatively small management team, staff were relied upon to be self-sufficient troubleshooters. Surprise spot checks kept them on their toes, but the BAs by and large were responsible team members who relished their positions and the chance to represent such a storied & distinguished automobile line. The chance to drive a famous celebrity to the airport or out around the town was an added bonus.

The market blitzes were true to their name, events were scheduled around the clock, 7 days a week, with staff routinely returning vehicles from one event as late as 2am only to have another staff crew picking those same vehicles up a few short hours later. Consumers often made comments to the staff about seeing the vehicles previously at another location or driving in packs around the town. The STS blitz was a hit, it's a pretty safe bet that every consumer in the market that went outside on a regular basis got the chance to see the all new STS on at least one occasion during the blitz. 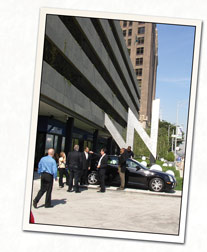 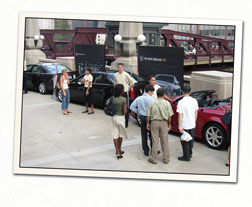 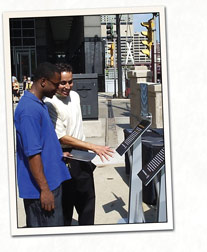 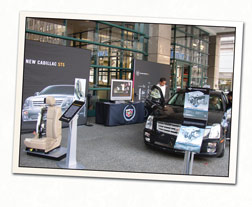 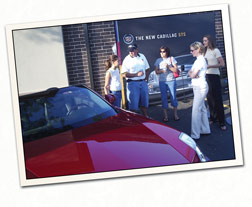 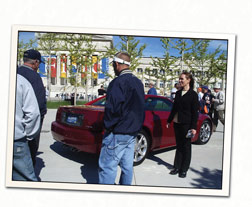 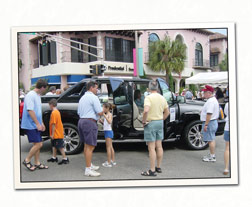